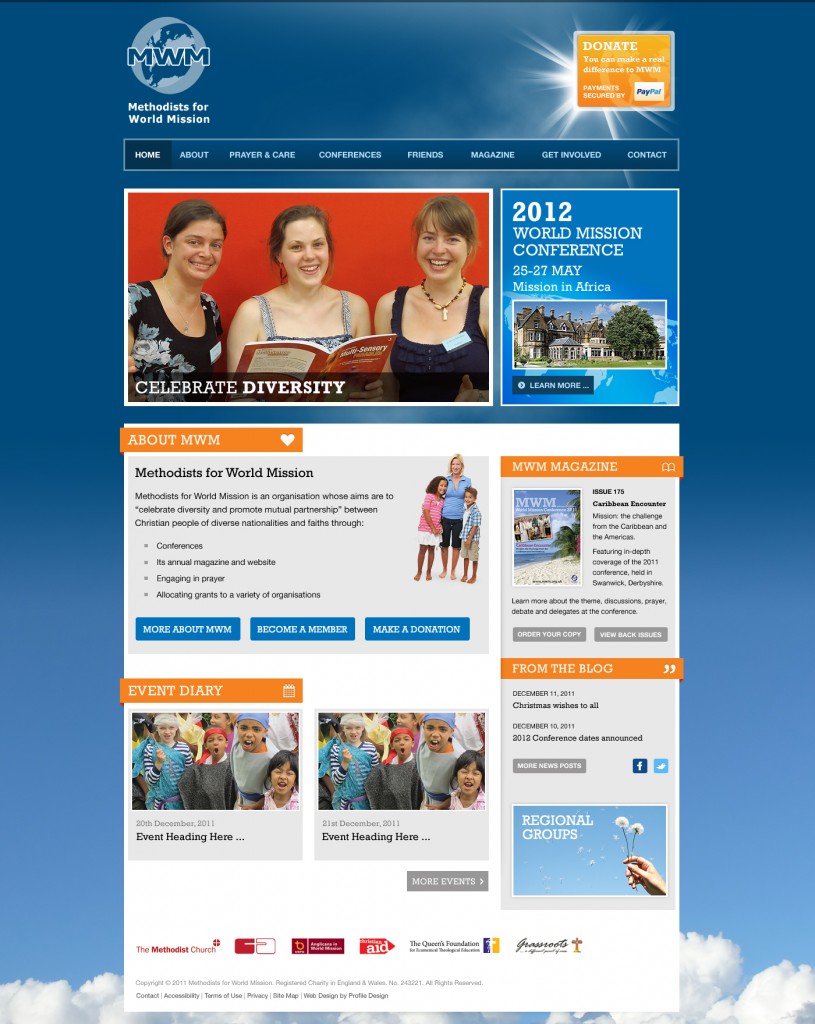 Having successfully come through a stringent tender process, Profile design were recently commissioned to design and build a website for MWM (Methodists for World Mission).

As well as creating the ability to attract far more funding by enabling visitors to the website to donate online to the various international and national projects the client plan is to utilise social networking and the blog/news features to far more effect.

The site design has been approved and went live at the end of April 2012. The website is already ranking very well.

Profile Design also design and print an annual magazine primarily an annual update and report from the MWM conference, we have been producing this magazine  for over 5 years now, the design and house style have evolved over that time and the readership continues to grow.

Our aim is to celebrate diversity and to promote partnership between people of widely differing cultures and ages from all parts of the world who are rooted in the Christian faith.

In recent years, while continuing to work with the Methodist Church, MWM has widened its base ecumenically. Partners in the Conference now include Grassroots, which explores new ways of looking at mission with churches and communities, and Christians Aware, working for justice, peace, development and multicultural understanding. Us (formerly USPG : Anglicans in World Mission which was also widely known as the United Society for the Propagation of the Gospel) is also a partner as is, of course, the World Church Relations team of the Methodist Church in Britain.

This entry was posted on Saturday, December 10th, 2011 at 1:03 pm by Peter Hamilton and is filed under Recent Projects. You can follow any responses to this entry through the RSS 2.0 feed.