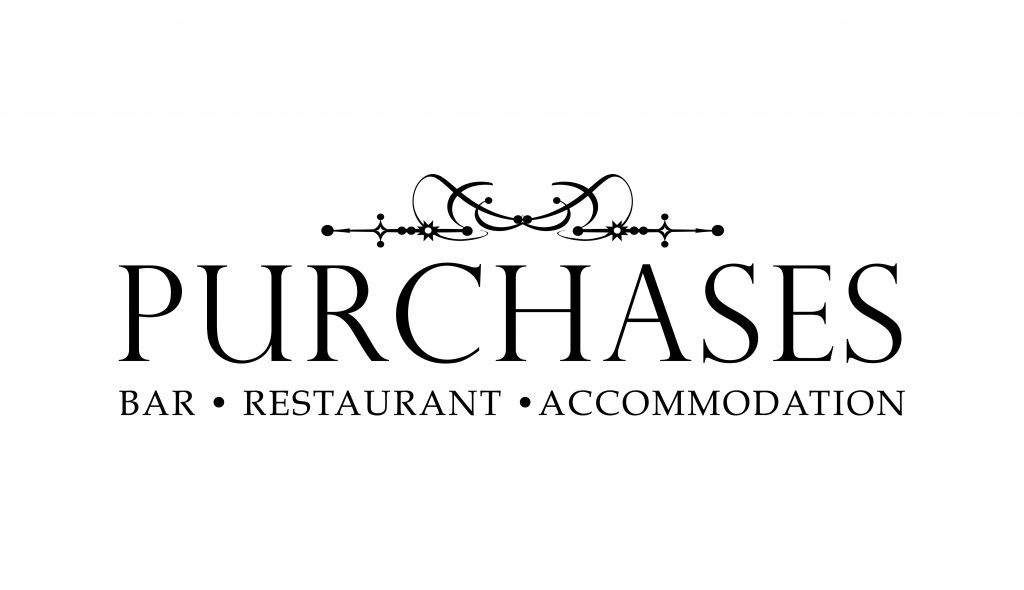 Chichester Design Agency Profile Design completed this new branding project for Purchases, Chichester. Purchases Logo Design was completed in the the last 2 weeks, only had a 3 day turnaround on this project so we are very pleased with the result! Work currently in progress on the rest of the marketing materials and print. The new restaurant opens next week.

The brief we had for this logo was limited other than that it would be based around classic typography. Purchases carries the name of the Purchase family that from 1780 ran a wine merchants in the city, after 226 years it was believed to have been the oldest wine merchant in the country!

Given this amazing history, we thought carefully about our choice of font for Purchases logo, it had to be a classical serif font with a modern edge. After experimenting with a range of serif fonts we decided on ‘Perpetua’ designed at the turn of the century by Eric Gill, probably Britain’s best and most well known font designer, it has a delicate feel, influenced by Gill’s work as a stonemason. The fact that Gill was a one time Chichester resident (There is a plaque where his former home stood at the bottom of North Street) as well made the choice even more the obvious.

We also selected ‘Copperplate’ as a complimentary heading font designed around the same time by American designer Frederick Goudy. The font was only ever designed in capitals as it was only intended as a headline typeface. It’s simple, crisp appearance have made it a favourite amongst the legal and banking fraternity, it has also become a popular font for bars and restaurants.

The typography has been embellished with a classical graphic flourish, this gives the impression of historic establishment, it implies heraldry, almost like a coat of arms.

Work is now in progress on a range or printed materials – watch this space!

This entry was posted on Friday, November 11th, 2016 at 10:54 am by Peter Hamilton and is filed under Recent Projects. You can follow any responses to this entry through the RSS 2.0 feed.