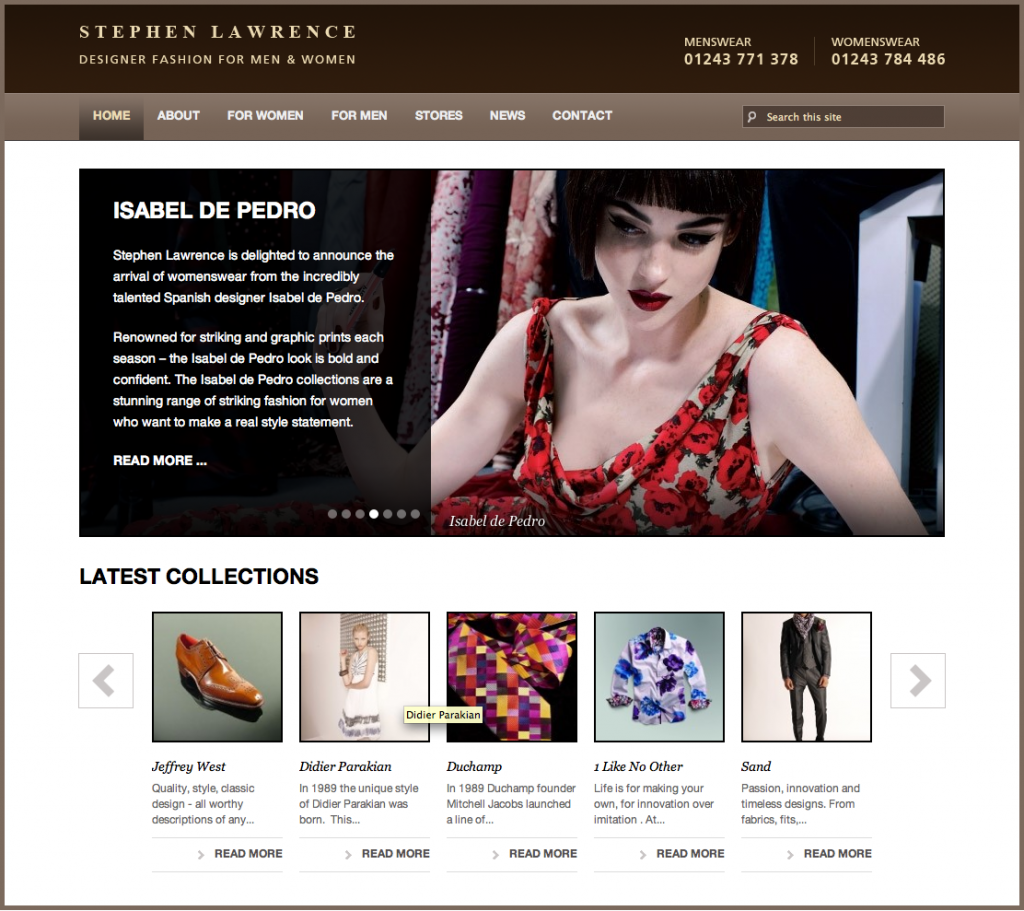 The new Stephen Lawrence website was completed and launched this week. The site was developed in close consultation with the client who has subsequently received training in the use of the content management system to allow staff members to update the content.

The brief was simple: to improve the visibility of the business both locally and beyond, and reinforce the Stephen Lawrence brand, position and service. After presenting a concept design outlining the visual direction in which the redevelopment process would take, Profile were commissioned to undertake the project, and work commenced in Spring of 2011.

The first step was to “work up” the initial concept layout to present a contemporary, clean design that reflected the company and the high end fashion houses they represent. Once the concept design had been signed off the task of converting it into a set of working Web pages and installing the Content Management System that would “power” the entire site began. The Photoshop-based designs were converted to modern, semantic XHTML and CSS “markup” with the use of advanced JavaScript and CSS3 coding. As image really is everything, Profile also undertook new interior and product photography to complement the contemporary design of the site.

This entry was posted on Friday, March 11th, 2011 at 9:55 pm by Peter Hamilton and is filed under Recent Projects. You can follow any responses to this entry through the RSS 2.0 feed.